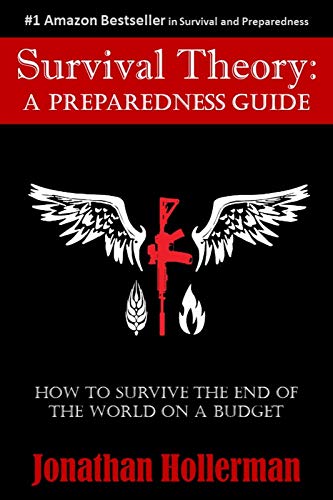 Survival Theory: A Preparedness Guide is among the top-ranking survival and preparedness books over the last ten years. Each chapter is filled with real-life practical experiences of a man called Jonathan Hollerman, his well thought out preparation lists, everyday tips and recommendations will not only spur you up to something but will also save your time and money.

Jonathan Hollerman was formerly an instructor for S.E.R.E (Survival, Evasion, Resistance, and Escape) an expert on survival and prepping. Currently He now serves as an Emergency Preparedness Consultant at Grid Down Consulting, providing help for clients all over the world by assisting them with actual survival retreat design and analysis.

Jonathan Hollerman’s real-life experiences, accompanied by systematic research, consistent reinforcement of his ideas, and his expertise in this field are not only found engaging but will also challenge your ideas on whether you should bug out or not.

With his extensive knowledge and actual retreat design experience, he has assisted several clients from the most basic preppers to designing and a full supply of off-grid retreats for clients working on a budget up to a multi-million dollar. Jonathan also provides service through phone consultations and can be contacted via his website, GridDownConsulting.com.

Jonathan’s experience in the military is the basis for his writing, as he offers scenarios that will help you understand concepts in a more detailed manner and allows you to escape deadly rioting and looting when the society disintegrates.

If you are searching for information on how to prepare for a long-term natural disaster, this is the book for you. In this book the author provides evidence that America could be destroyed from the loss of our nation’s electric grid and other societal fallen scenarios.

This Survival Theory: A Preparedness Guide serves as the perfect choice for both beginners and die-hard preppers, that is, for those beginning to prepare, he provides a glimpse into his core thoughts and his actionable preparation lists enabling them to prepare for a worst-case scenario.

In this book Survival Theory: A Preparedness Guide, Jonathan kicks off by saying that,

“You should steel oneself against adversity not because it’s going to take the government three days to mobilize, but because there are multiple, verified scenarios that might cripple the United States government leaving you on your own for months” or possibly years”.

This preface is nothing but the truth as it provides a peek of his intent and the very essence he wrote Survival Theory: A Preparedness Guide, not to instil fear in you but to help you prepare.

As he gets into how a cyber-attack can bring down the electric grid, his views were backed up by facts and references that point towards the worst scenario which may possibly grid-down for a long period of time (months to years to come). These words are my own thoughts too, come to think of it, our enemies have been actively hacking into our grid network and infrastructure over the years. For example, in the year 2014 as investigated by CERT, there were 79 ‘significant’ cyber hacking incidents against energy companies.

There are vulnerabilities of the electric grid such that physical attacks could bring it down using the ‘dry run’ in California’s Silicon Valley in 2013 as an example.

This chapter focuses on the EMP threat against the electric grid and its root cause and effects whilst the United States, Russia and China already have EMP weapons, however, there are certain nations like North Korea and Iran who has worked on and already have technology and capacity to hit us with an Electromagnetic Pulse.

Jonathan believes that when you combine the EMP/Solar flare with the possibility of a cyber-attack and the vulnerability to physical attacks on the electric power grid, the probability of losing the electric grid is high for a long period of time in the near future.

What’s next when the grid is lost?

This chapter discussed the life after the grid is lost, how the country as a whole would be affected by having millions (300+) of starving Americans scattered abroad with no infrastructure or way to transport food throughout the country.

The government (DHS) has no plan or the capability to feed 300+ millions of Americans following the EMP attack, this chapter gave the ugly scenario that every one of us will be in under such circumstances, as they only have plans to deal with smaller disasters only.

The effect of the grid-down scenario on you personally

He stressed on the following subjects;

After these truths he went on to say that “you need to understand that life after the grid-down, going dark will probably be ten times worse than I am describing it now”

What to do now?

Chapter Seven begins Part Two of the book which is the purpose of the book. It goes on to describe and detail recommendations for preparations backing them up with logic and reasoning. And as a former S.E.R.E instructor his first warning was what NOT to do and this approach is known as the “Lone Wolf” approach. He predicts that 99% of those that think they can move to the national forest (using that as an example) and live off the land and actually pull it off will fail.

He also discussed a Survival strategy of the” Taker or Looter” and not to misunderestimate the threat from this type. He went on to say that there will be “roamers’ ‘ and those with ‘backyard bunkers’ as the cities will be burned to the ground and the average home cannot be made into a fortified place. There will be those that are homestead already and are presently living off the grid and have a clue to how much food is required to feed their family whilst there will be the ‘survive in place’ preppers and the ‘fortify my street’ preppers.

Finding new members for your retreat

This chapter points out the need for experience due to the huge learning curve in gaining the skills to survive on your own. But now it is not just you that is involved but both you and your family to be safe. So he went on to list a number of critical aspects, guidelines, rules for building a team that works as a group within a retreat.

This chapter points out and discusses the important things to consider during any bug-out scenario, with initial clues pointing out that TEOTWAWKI is underway with some of the dos and don’ts, methods, and route of travel.

These are bags with specific functions depending on the purpose intended. The specific recommendations and discussions include the Get Home Bag, The Assault Pack, The Bug Out Bag, and The Lone Wolf Pack. 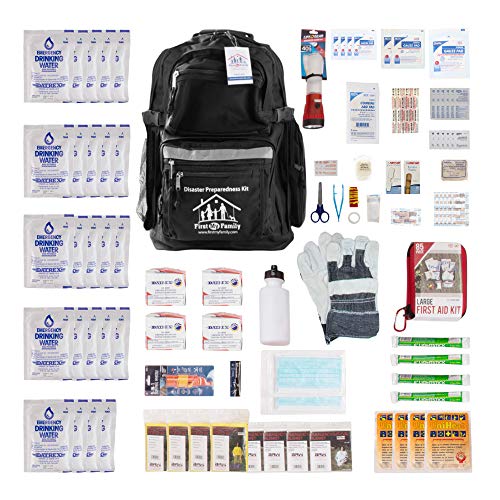 It contains more specifics but there are recommendations for;

These are Additional Bug Out Bag items discussed in these two chapters, he discussed caloric requirements, food, cordage, an accessory pouch, communications, hygiene, tools for fire or firewood, and many more.

This chapter discussed how tactical gear has evolved in an impressive manner over the last decade but the emphasis here is the quality. Discussions cover IWB and OWB holsters, tactical vest and belt, plate carrier and ballistic plates, clothing, and recommendations.

This subject is covered from two different points of view, in terms of long term scenario and long term reliability.  Knowing that this is a contentious subject among preppers, he drew from his years of experience of training and work with special operations, providing them with solid recommendations to one’s choices for firearms.

The greatest impediment which is the sad truth for those who survive after the grid-down will be lack of food. But he made a statement that:

“Even a lot of people who consider themselves prepared are drastically underestimating the food they will need.”

I strongly concede with it because it is absolutely true. This chapter gets into specifics of what you will need to really consider in this regard sustaining yourself and family when on retreat.

Raising and processing meat for long term survival is the perfect solution for sustenance through this period. Chickens, Rabbits, and Goats are the perfect match for long term survival.  Rabbits gestate in 31 days and can be harvested after 12 weeks; this makes them a perfect choice for long term sustenance and the feeds for rabbit are easily cultivated whilst the average chicken lays around 225 eggs (70 calories /egg) in a year producing about 15,750 calories per hen/year. Chickens eat just about anything, in the winter they can eat seeds, weed seeds, diced potatoes peels, cooked fish, discarded berry seeds, leftover dog foods,  diced orange peels, whilst in the summer they can eat a lot of bugs and insects, so you can spend little or nothing in feeding chickens.

As an experienced consultant, he discussed some details and realities about the Survival retreat, the false notions, the sad truths about surviving long-term retreat after a worst-case scenario of a Grid down, the misconception and the effects.

Preparation and preparedness for a short-term disaster is no doubt the first step (Preparedness 101) bur when it reaches higher levels where it is a preparation for a long term disaster then is a whole lot of new thing entirely. In this book Jonathan Hollerman provides a glimpse of his core thought by honestly assuming the worst scenario of grid-down,  this subject has been widely underestimated by preppers both beginners and those that are already in the game but when this hard hits our home then our heart becomes cold as ice.

The Survival Theory: A Preparedness Guide is informative and interesting as it changes your perspective about our preps and provides what is needed to be carried out so as to be prepared. There is no doubt that this is the perfect book for you.